Federal Hall is of high historical significance. The original Federal Hall, constructed in federal style in 1703 was the site of George Washington inauguration. It housed the first United States Congress from 1789 to 1790 and witnessed the ratification of the Bill of Rights. The current Federal Hall structure located on 26 Wall Street was built in 1842. It is one of the best surviving examples of Greek Revival architecture in the city of New York, and designated as a National Memorial Historic Site in 1939, a National Memorial in 1955, a New York City landmark in 1965, and National Historic Place in 1966.

Ocean Construction collaborated with our conservators to survey the surface of the dome up-close once the scaffolding was erected. From the ground, it was clear there were some issues on the surface. Before proceeding with a work plan, it was important to confirm the stability and condition of the ornamental plaster and see the condition of the paint. Upon on-site examination, the majority of ornamental plaster elements retained sharp profiles and high structural integrity. However, large areas of paint loss and surface mold were observed. Around 15% of the paint surface was impacted by surface mold and an additional 10% of total surface area exhibited paint flaking and cracking.

Once the survey was completed, EverGreene provided the client with detailed documentation and treatment recommendations for the overall project to proceed. 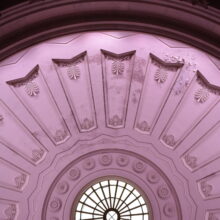 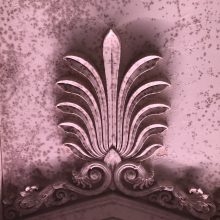 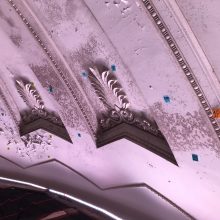 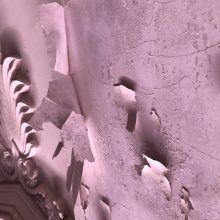 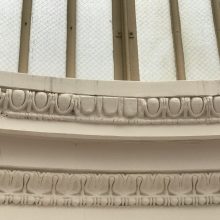 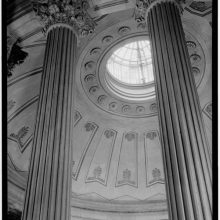