The fountain was created in Italy in the early 20th century for the 1904 Saint Louis World’s Fair and then installed at the Julius Fleischmann estate, “Winding Creek” in Cincinnati, Ohio before being moved to Naples, Florida in the 1990s. A similar fountain exists on the grounds of “Marble House,” a Vanderbilt mansion in Newport Rhode Island. Recent operational issues and severe erosion of stone elements led the client to cease operation of the fountain and disassemble the bronzes and stone elements, which they stored in an interior space.

EverGreene conservators performed an initial assessment in March 2019. The report contained recommendations for the conservation of the fountain to restore it to operations. Our conservation team worked with Neapolitan Enterprises to perform the recommended conservation of the bronze and stone elements of the fountain. The fountain was disassembled and shipped to our studios for treatment. After cleaning, losses in the Rosso di Verona marble were filled with a color matched patching mortar, the piping was replaced, and the bronzes were restored. The pieces were then returned to the sight and reinstalled. The treatment project restored the historical appearance and function of the fountain. 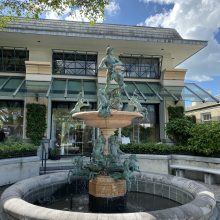 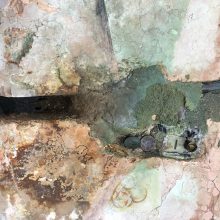 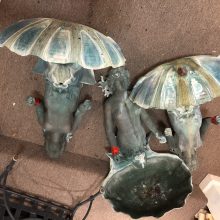 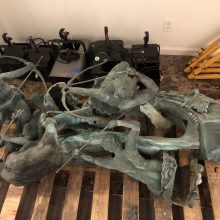 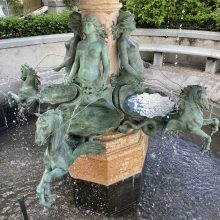