“Flora” is an aluminum sculpture by contemporary artist, Wendy Ross. The sculpture was commissioned by the Downtown Partnership of Baltimore (DPOB) to re-energize an otherwise unadorned and aging fountain in Hopkins Plaza, where the DPOB was trying to stimulate redevelopment. The sculpture consists of a central bud of aluminum tubes surrounded by eight curling petals. The bud had been coated with a high performance paint system; by contrast, the surface of each leaf was intricately hand-textured and then clear-coated. The sculpture was installed in the summer of 2012.

We were contacted by the DPOB in 2014 to perform a condition assessment of the sculpture, which had started to display visible deterioration after having been installed for only 6 months. The client was interested in understanding why this deterioration was occurring and what aspects of the sculpture’s fabrication as well as its pool setting might be contributing to it.

Our conservators conducted an on-site assessment that identified areas of coating failure and subsequent aluminum corrosion, biological soiling, and selective paint failure. The on-site study was followed by extended product research and discussions with both the artist and fabricator. In synthesizing all findings, we were able to identify several possible points of concern that might be contributing to the sculpture’s rapid deterioration. The findings were summarized in a final report, which also included recommendations for mock-ups to evaluate before a future treatment could be finalized. 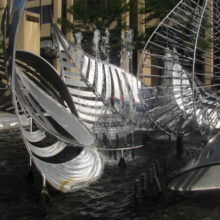 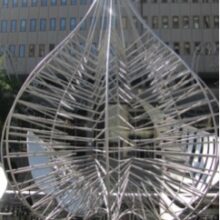 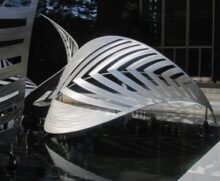 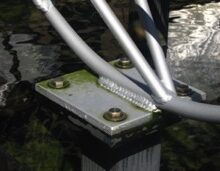 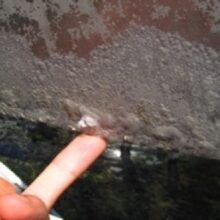