The monument was erected by the State of Texas in 1936 to commemorate the Centennial of Texas Independence. Composed of three bronze bas-reliefs and Texas pink granite, the configuration of the monument was designed by architects Page & Sutherland and the reliefs were created by French sculptors Raoul Josset and Jose Martin. Rendered in the team’s signature Art-Deco style, the monument’s narrative depicts pioneers, buffalo hunters and surveyors who opened West Texas to Anglo-American settlement.

At the time of the assessment the monument had been disassembled and separated. The bronze plaques were displayed in front of the Visitor’s Center on a field stone base and the granite portions of the monument were lying in a field approximately 300 yards distant. The monument had supposedly been erected in front of what used to be the library. Based on conversations with the client, it is believed the monument was disassembled in the 1970’s as it conflicted with the interpretation of Fort Griffin at that time. 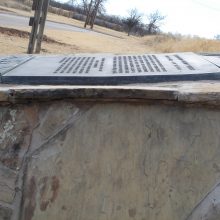 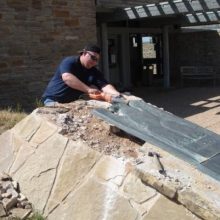 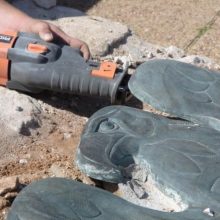 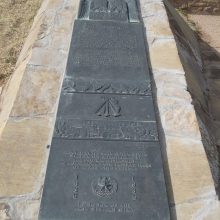 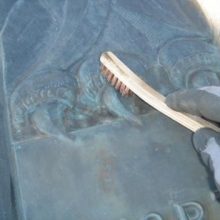 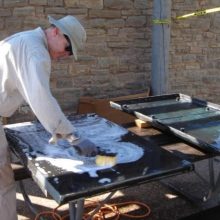 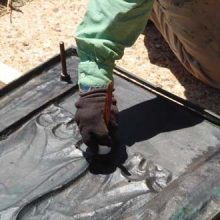