In 2018, EverGreene Architectural Arts was contracted through Bulley & Andrews by the Frank Lloyd Wright Trust to conserve and restore the historic plaster and replicate the paint scheme throughout this landmark building, which was originally constructed in 1910.

In partnership with material supplier, Henry Frerk and Sons, EverGreene sourced dozens of sample aggregates for the 3 coat lime plaster mixture, until the exact mix ratios were identical matches to the existing plasters. The plaster was then tooled back to reveal the aggregate and create the precise textures of Frank Lloyd Wright’s specifications.

Following the historic plaster restoration, a team of conservators and artists carefully stripped the modern paint from the existing plaster finishes. The artists then painstakingly replicated Wright’s original wash finish across all plaster areas, delicately reintroducing the historic colors to the room while allowing for the carefully curated aggregate to remain visible.

Fun Fact: Lego released a Robie House brick set as part of their Architecture Line. This set has since been retired, and is now one of the most valuable architecture series sets. 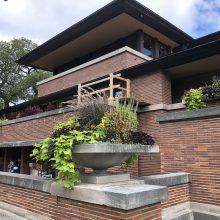 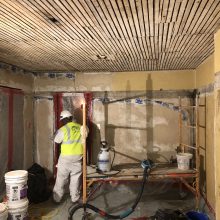 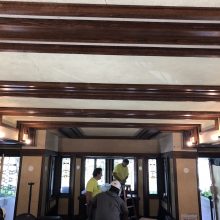 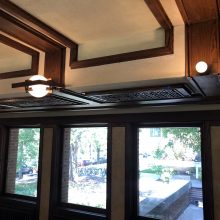 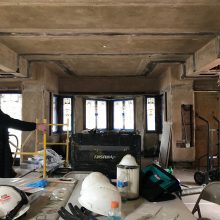 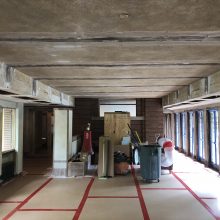 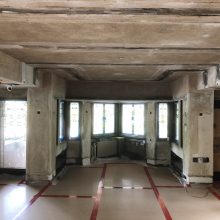 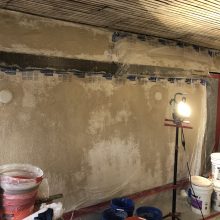 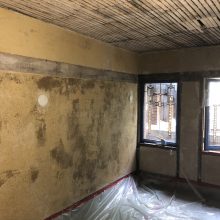 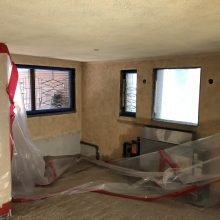 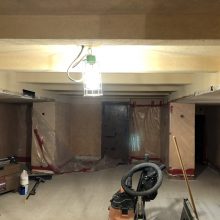 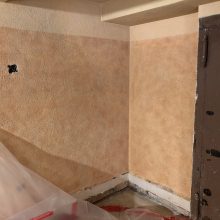