The Gracie Mansion, located in what is now Carl Schurz Park, is the former home of Archibald Gracie. Gracie was born in Scotland and emigrated to the United States in 1784, settling in Petersburg, Virginia and continuing the successful mercantile and shipping business he had developed abroad. He moved to New York in 1793 after purchasing a tract of land from the Walton Family with the intension of building a country house. The house itself is a simple, white clapboard structure, rectangular in shape, and two stories high, constructed in the Federalist style. It was first constructed in 1799, with a large expansion occurring in 1811.

The house passed out of Gracie family hands in 1823 and was owned by a few different families before being purchased by the City of New York in 1891 with the intention of turning it into a park in honor of Carl Schurz. The property fell into disrepair between 1891 and 1920, when many of the architectural features were either damaged or disappeared altogether. In 1920, there was renewed interest in restoring the house. In 1923 a bill was introduced to house the newly founded Museum of the City of New York in Gracie Mansion, once the restoration was complete. They occupied the site from 1926 until 1932, at which time the Parks Department took over the restoration work and it became one of the first historic house museums run by the Parks Department. An adjoining wing was added to the structure for offices and official entertainment in 1966, designed by Mott B. Schmidt in the Federalist style of the original house. The building was added to the National Register of Historic Places in 1975. In 1981, after several more years of neglect, the Gracie Mansion Conservancy was founded as a public/private partnership. The Conservancy performed major restorations between 1981 and 1984, as well as in 2002.

EverGreene was retained by NYC Parks to perform a crack repair on the foundation stone third from the right on the north elevation of the Gracie Mansion. The crack repair was performed following the recommendations laid out in a conditions assessment performed by NYC Parks. The foundation stone had a vertical crack, which ran the length of the stone. Our conservators removed dust and debris, performed aqueous cleaning, filled the void with injectable grout, and infilled the surface cracking with a color-matched repair material, making sure to put back any large fragments removed from the crack during treatment. 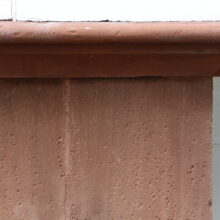 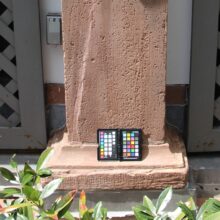 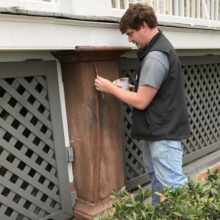 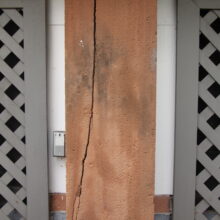 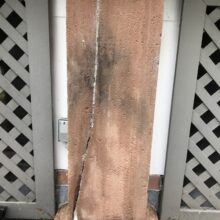 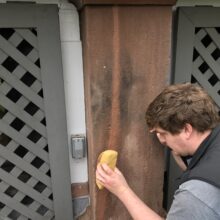 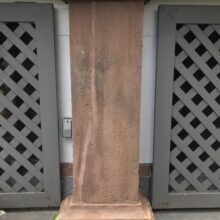