Designed in 1928 by Henry Gogerty, the Grand Central Air Terminal (GCAT) in Glendale, California was the first paved runway west of the Rocky Mountains. After many years of innovation and success, the GCAT closed in 1959 and the land around the airstrip was later converted into the Grand Central Business Park, which now houses offices for a Fortune-ranked company.

EverGreene restored both the interior and exterior of the terminal.  After years of neglect, much of the building’s Art Deco ornament had fallen into disrepair. EverGreene conservators restored the decorative plaster, intricate tilework, and cast stone of the Spanish Revival building.  Key features that were cleaned, repaired, and restored include: the grand staircase, interior balconies, and archways throughout the building.  Lastly, to ensure the longevity of all parts of the building, both new and historic, a stable and protective Keim coating was applied throughout the building. 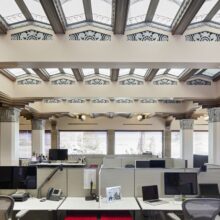 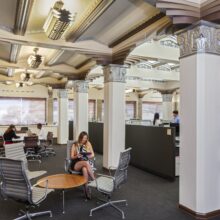 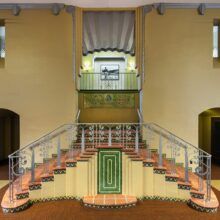 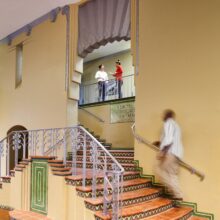 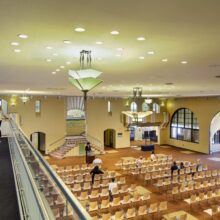 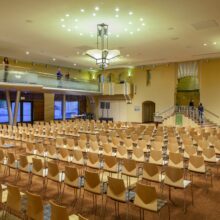