The Jefferson Hotel, located at 1200 16th Street NW in Washington, DC, was first constructed in 1923 as a luxury apartment complex. Designed by architect Jules Henri de Sibour in the Beaux-Arts style, it was one of the earliest apartment houses along the fashionable 16th Street, and was soon followed by other apartment complexes and private clubs aimed at the wealthy.

In the 1940s it was partially converted into a hotel and housed military personnel during World War II. By 1955 the residential services were eliminated and property was converted into a mid-range hotel for travelers. Rooms were subdivided to increase the number from 74 to 150 available rooms. In the 1970s the hotel saw additional renovations to bring the luxuriousness back to the property. A number of larger suites were added, reducing the available rooms to 99, and replacing the furniture and artwork with antiques and documents signed by the hotel’s namesake, Thomas Jefferson. The hotel underwent a few more refurbishments in the late 1990s and early 2000s. The hotel underwent a major restoration between 2007 and 2009 when many of the common spaces were restored and the original arched skylight in the lobby was revealed, which had been covered for decades.

EverGreene Architectural Arts (EverGreene) was retained by the Jefferson Hotel to perform spot cleaning of soiled areas behind three signs, which were permanently removed from the façade. The signs were adhered to the surface using a combination of screws and adhesive. The adhesive was removed, the stone underwent a general surface cleaning, and the holes were filled with an appropriate mortar, which was tinted to match the color of the stone. 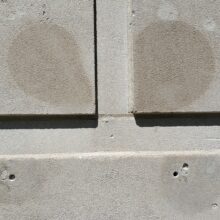 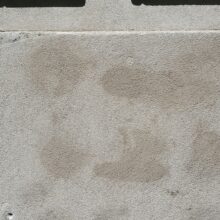 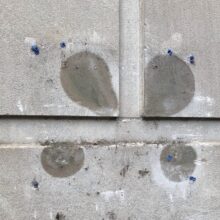 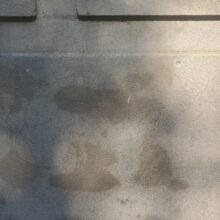 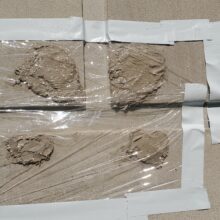 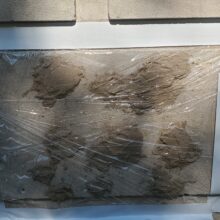