House of the Temple Laylight Protection

Among the other effects of the unusual earthquake in 2011 to this landmark John Russel Pope building in Washington DC, the decorative plaster around the laylight at the top of the Guastavino dome was dislodged and weakened. Fragments began falling almost a year after the event, presenting a life/safety issue. Nearly 90 feet above the chamber floor, the virtually inaccessible site required some protection and stabilization until the interior could be scaffolded during an upcoming planned major rehabilitation for the building’s one hundredth anniversary.

Our conservators studied the conditions, devised a netting frame that could be assembled on the ground and hoisted into place off the unusual truss skylight above the dome. After engineering review, the frame was built and installed in 2013. 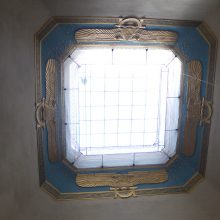 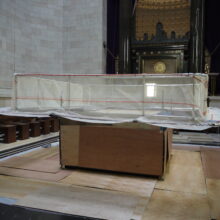 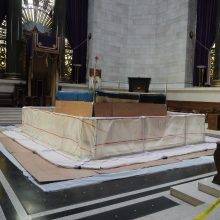 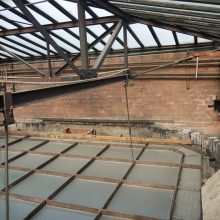 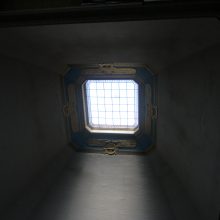 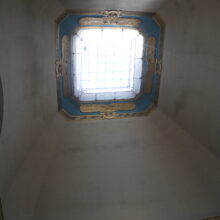