The Leimert Theatre (now known as the Vision Theatre) was built in 1932 in Leimert Park Village, a neighborhood of Los Angeles. It was originally proposed by developer Walter Leimert as a part of a neighborhood development he was constructing. Film producer and millionaire Howard Hughes teamed up with Harold B. Franklin, then president of Fox West Coast Theaters, to construct several theatres in Los Angeles, one of which was the Leimert Theatre. It was designed by architecture firm Morgan, Walls, and Clements, who were also responsible for the Wiltern Theatre, the El Capitan Theatre, and the Richfield Building. It was originally intended to be used as a movie house, with 1050 available seats. The building is a combination of Art Deco and Spanish Colonial Revival styles, and is one of the last two Art Deco theatres in the Los Angeles area. Several different artists contributed to the interior finishes, including Anthony Heinsbergen, who created the ceiling mural in the auditorium. The Leimert Theatre was in operation until 1968.

It was sold to the Jehovah’s Witnesses in the late 1970s, when it became known as the Watchtower. In the early 1990s it was sold again to actress Marla Gibbs. She renamed it the Vision Theatre and intended on turning it into a performing arts space. Ownership transferred to the City of Los Angeles in the late ’90s and management to the Department of Cultural Affairs. The City completed an $11 million dollar rehabilitation in 2012, returning the front section of the theatre to community use. 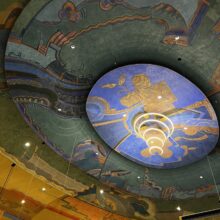 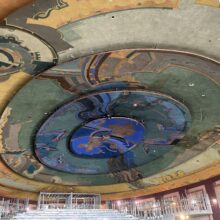 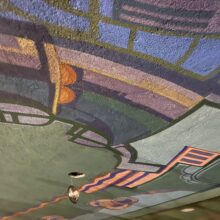 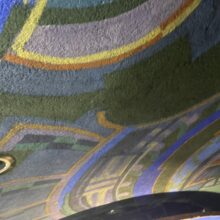 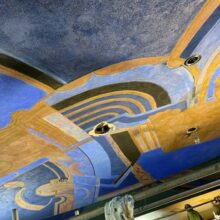 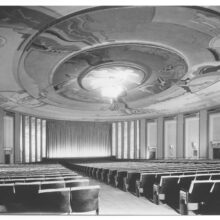 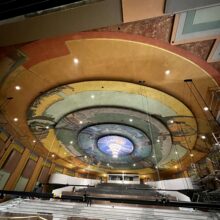 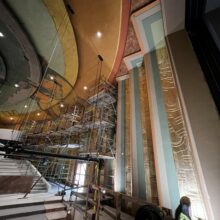 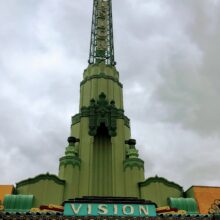