Built in 1924 by Vitzhum and Burns, the Lerner had received several renovations and attempted restorations by its multiple owners over the years. EverGreene was contracted to restore the theater’s magnificent interior.

EverGreene’s restoration team first completed archival research that led to a rendering of the new interior color scheme. We installed a paint mock-up (a sample area of decoration) in the auditorium. The design scheme was approved and our craftsmen carried out the painting and plaster casting of ornament. The Lerner reopened, in 2011, with the Elkhart County Symphony Orchestra. 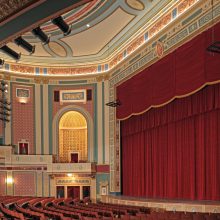 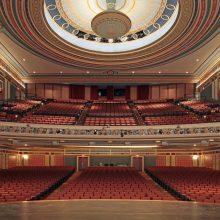 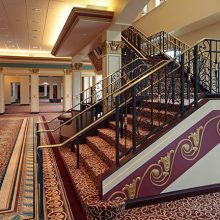 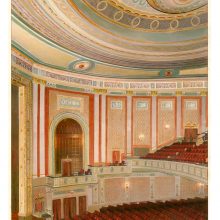 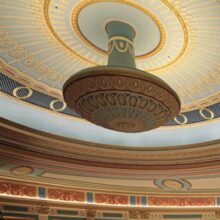 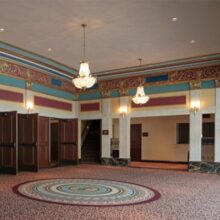