The Lipton Cup was presented by Sir Thomas J. Lipton for the 1906 New York to Bermuda ocean race held by the Brooklyn and Royal Bermuda Yacht Clubs. The Lipton Cup consists of a silver open hull ship and figures atop a four footed stand. The ship sails on a wooden base embellished with silver plates and garlands. The Cup was created by Goldsmiths & Silversmiths Company, in London.

Conservators treated the Cup in our in DC based office in 2018; which consisted of careful disassembly of the fragile elements, cleaning, reducing of tarnish, reversing of a previous repair on the tail of the hippocamp, performing repairs, modeling and replicating missing elements in silver, stabilizing and infilling cracking on the wooden bases and coating silver elements.

Before cleaning occurred, tests were carried out and cleaning methods were proposed to and approved by the Mariners’ Museum and Park.  Missing elements were identified and modeled based on a historic photograph of the Cup taken in 1906 and fabricated in .925 silver. The restored Cup was then reassembled and returned to the museum. A report was provided to the client detailing all treatments and providing specific guidance on maintaining and handling the object. 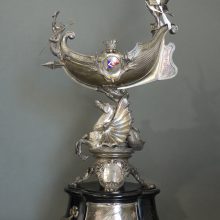 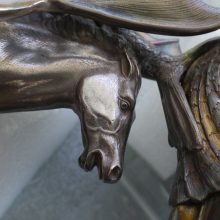 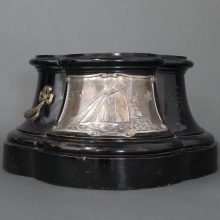 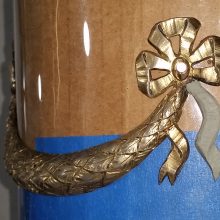 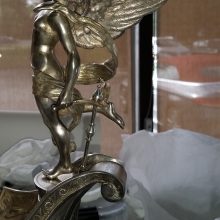