EverGreene created a custom mural design for a lobby in a leading hotel located in Macao, China. Our design was based on a map of London in the mid 18th century by German mapmaker George Matthaus Seutter. At the time, London was approaching a population of 750,000, making it the largest city in Europe. We featured the royal seal of King George and other hand-painted details to be highlighted by gold leaf.

Once we finalized the design, the mural was hand-painted and gilded on one continuous piece of canvas using a variety of techniques, including gold and metallic leaf applied to a rich parchment-like background finish. The mural includes a gilded border around the perimeter with paint and glazes.  The artwork was completed in our Mural Studio in New York and shipped to Macao for installation. 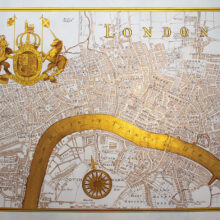 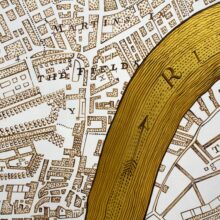 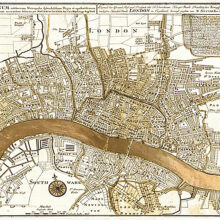 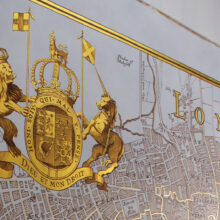 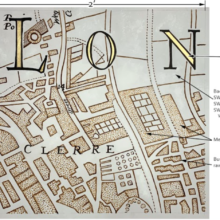 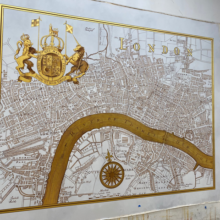 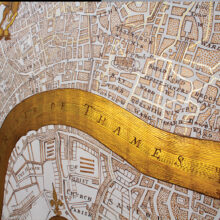 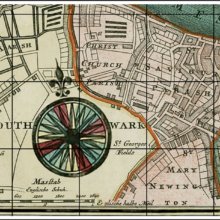