The iconic Louisville Water Tower was built in 1860 and is adorned with 10 beautiful zinc statues depicting various mythological figures as well as an “Indian and Hound”. Originally designed by the Fiske Company and installed in 1890, the statues were badly damaged in a tornado and had to be replaced and reinstalled in the early 1900’s. The water tower began operating on October 16, 1860, and could sanitize 12 million US gallons of water in just 24 hours. The tower is the oldest standing ornamental water tower in the world, and it is a National Historic Landmark.

EverGreene was commissioned to conserve the zinc sculptures, keeping as much of the original material as possible, and apply a durable coat to the surfaces.

To achieve this, the treatment included:

The conservation of the statues is just the first step that Louisville Water is taking to restore the historic water tower to its former glory. 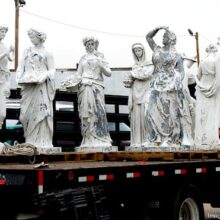 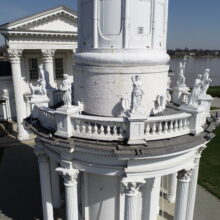 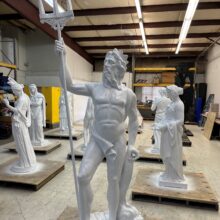 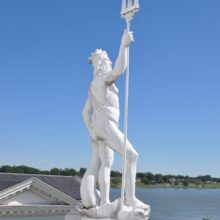 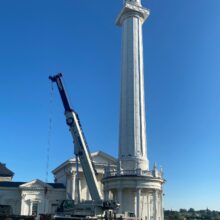 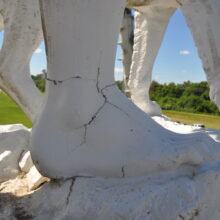 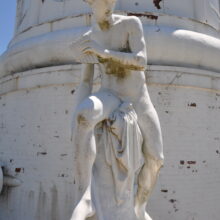 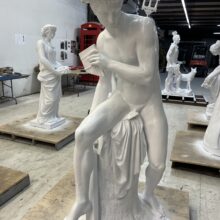 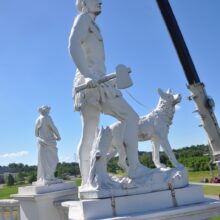 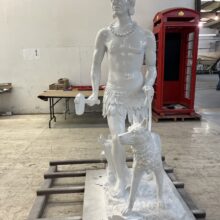 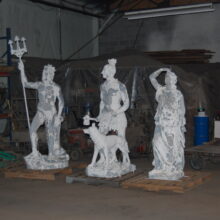 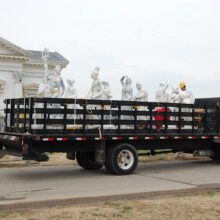