The Maine State Capitol originally completed in 1832. Once capped by a cupola, the State House was remodeled from 1909-1910 and the cupola was replaced by the current copper-clad dome rising to a height of 185 feet. The dome, along with its decorative statue by William Clark Noble, had suffered severe weather damage over the years.

EverGreene restored the copper Lady of Wisdom statue—which measures 15’ from toe to torch—back to her early 20th century grandeur. The original gold leaf had mostly worn away and the gold that remained was primarily paint. Conservators carefully scraped away the heavily damaged layer of gold leaf, added an exterior metal sealant for protection, and then applied a tinted primer to the copper figure. To regild the statue, 23 karat gold leaf was used, reviving the Lady of Wisdom and her distinctive golden gleam. 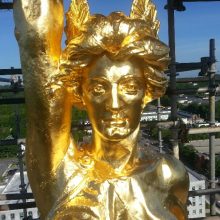 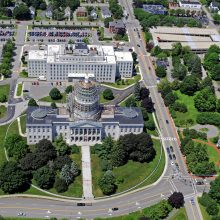 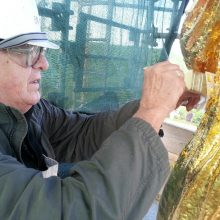 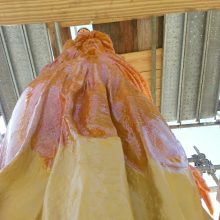 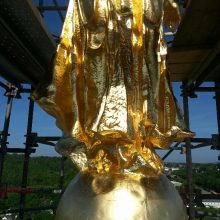 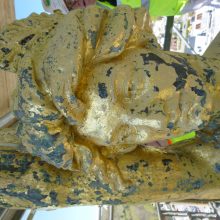