This Beaux Arts courthouse was built in 1900 by architect James Brown Lord. The National Society of Mural Painters assisted the architect in designing the mural program for the courtroom and lobby. All of the chosen artists were instructed that their compositions were to follow the designated theme of “civic responsibility” depicted in a manner that complemented adjacent friezes.

EverGreene conducted a mural conservation assessment, testing, and documentation. It was evident that the murals had been restored and cleaned several times, the most recent campaign having occurred in the 1980s. Following review and approval of mockups, our team of conservators carried out recommended treatments, including paint consolidation, surface cleaning and minimal touch-ups.

Our team accommodated the court’s calendar in its logistics plan and work sequence to perform all treatments discreetly and between courtroom dates. 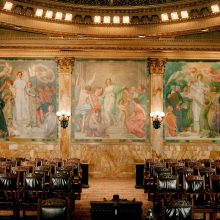 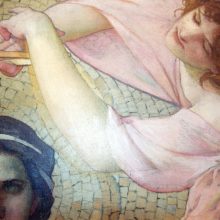 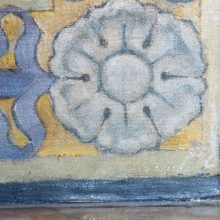 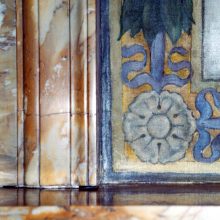 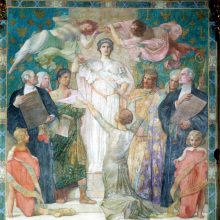 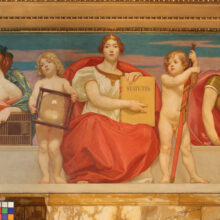 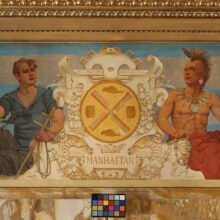 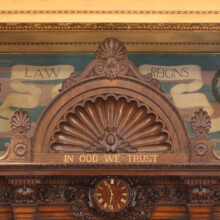 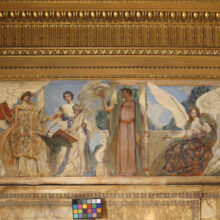 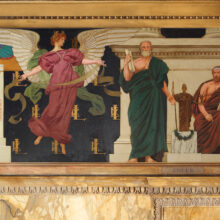 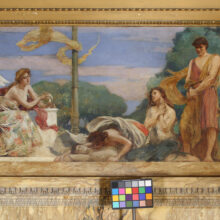 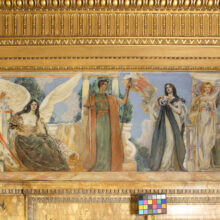