The Manti Temple was constructed by The Church of Jesus Christ of Latter-day Saints (LDS Church) in 1888. Designed in the Gothic Revival Style, the limestone temple is sited on a promontory overlooking the Sanpete Valley in south central Utah.

EverGreene was retained by the Church of Latter-day Saints (LDS Church) to re-install a mural painted on canvas that had been previously removed from the Baptistry of the Manti Temple. The purpose of the project was to reinstate artist Robert L. Shepherd’s 1947 painted mural depicting the baptism of Jesus Christ in its original location at the south end of the west wall in the Baptistry. EverGreene performed an initial assessment on March 12, 2018, followed by the installation from October 1-10, 2018. 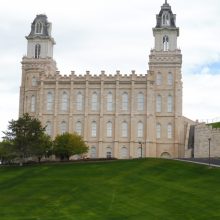 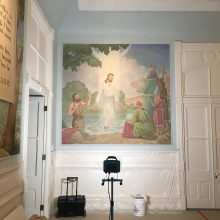 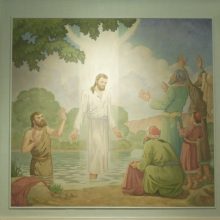