“The function of education is to teach one to think intensively and to think critically. Intelligence plus character – that is the goal of true education.” – MLK Jr.

The Martin Luther King Jr. School was established in 1922 and designed by Frank Irving Cooper with Philip A. Mason. The school was a Collegiate Gothic masterpiece composed of three parts: a three-story main block for classrooms and two connected buildings for the gym and auditorium. However, after years of use, the building was in desperate need of repair. The fight for restoration began.

EverGreene analyzed the condition of the Martin Luther King Jr. School and found serious issues relating to the stability of the plaster ceiling. Many of the supports had been severed, and in many locations the pieces were cracked through, only being held in place by the fibers of the burlap reinforcement. To restore it to a fully supported, safe, and historically accurate condition, the ceiling coffers required a significant re-supporting endeavor. We removed the flat plaster between the coffers to provide access and reinstated all the supports. Then we cast and installed new, replicated pieces where necessary. Once the ceiling was appropriately supported, infilled, and in-plane with the surrounding pieces, crack repair and further stabilization commenced. We patched holes, and minor areas of loss to complete the project.

The Martin Luther King Jr. School staff proudly brought its students back to a shining school where their education can be nurtured in a safe environment. 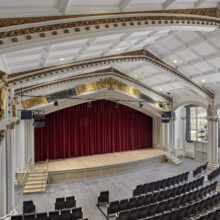 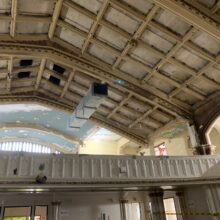 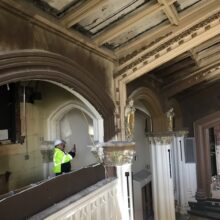 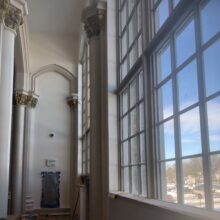 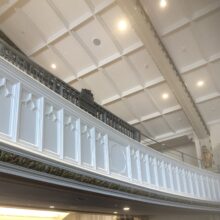 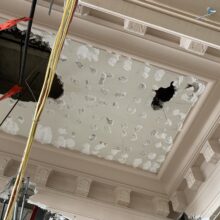 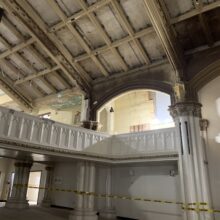 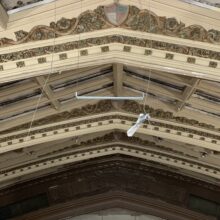 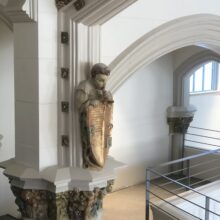 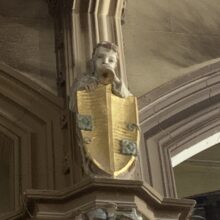 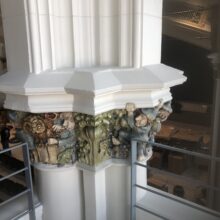 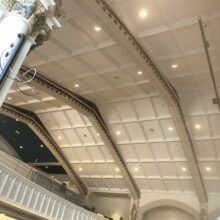 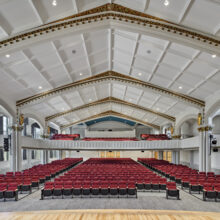