Built in 1916 by Reid & Reid, the New Mission Theatre has long been a neighborhood landmark for the Mission District in San Francisco.  The lavish, single-screen auditorium is the best-preserved Reid Brothers theatre and boasts an Art Deco lobby renovated in 1932 by Timothy Pflueger and James Miller.

The theatre closed in 1993 and the building was used as a furniture store and later as a club.  Historic decorative finishes were covered in overpaint and graffiti and the plaster suffered significant damage due to neglect. In 2004 the community rallied to save the theatre and had the lobby and marquee designated as a landmark.

Before the theatre could re-open as a new location for the Alamo Drafthouse Cinema in 2015,  the historic marquee, lobby, and decorative aspects of the main auditorium needed to be preserved and restored.  EverGreene preserved the Pflueger murals from the main lobby, and also repaired, restored, and replicated flat and ornamental plaster throughout the theatre.

Before the building underwent a seismic renovation, our conservators removed and stabilized the murals to protect them. The murals were damaged by mold, quickly advancing due to the humid air and water leaks in the old building. Conservators cleaned and neutralized the murals to remove mold and prevent any more from growing.  Then the murals were covered with protective facing paper and carefully cut out from the wall to place in custom-made crates for safe and stable storage until they could be restored and reinstated.

To repair and restore the plaster throughout the walls and ceilings of the theatre, we documented existing plaster designs and took silicon molds of the original ornament. Craftsmen replicated the historic designs in the EverGreene studio and installed them on-site, integrating it with existing ornament and restoring the historically-rich theatre. The restoration of these ornate finishes helped return this San Francisco movie house to its former aesthetic. 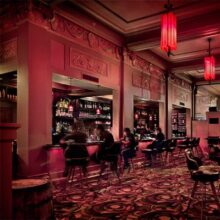 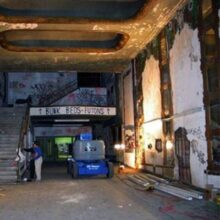 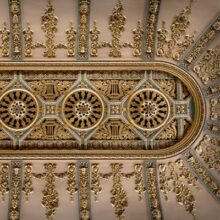 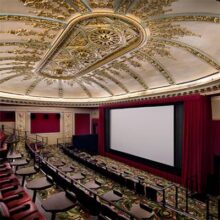 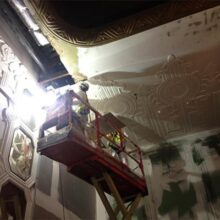