After a quarter-century of construction, the New York capitol building was completed in 1899. Just a decade later, the unique building’s solid stone ceiling began to collapse and many of its rooms were lost in a fire shortly after. These unfortunate events led to the loss of a significant amount of its original ceilings and spaces. New York State has been implementing restoration projects to the Capitol since the 1970s to return it to its original century-old appearance.

In 2000, EverGreene provided restoration, painting, and plaster repair of the decorative scheme of the statehouse. EverGreene returned in 2008, partnering with Consigli Construction, to restore the roof and skylight in the East Quadrant of the New York State Capitol building. 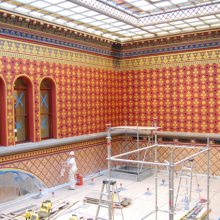 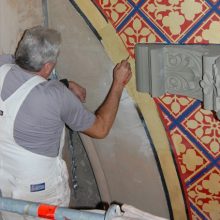 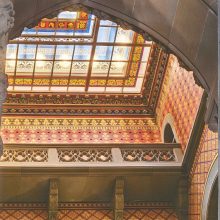 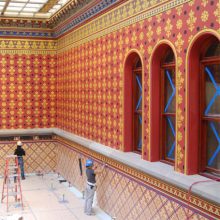