Architect Joseph Evans Sperry constructed Newcomer Hall on the Maryland School for the Blind Campus ca. 1910. He designed a number of buildings around Baltimore with business partner James B. N. Wyatt before practicing alone. Named an AIA Fellow in 1914, he was known as a leading Baltimore architect, designing many building types in a wide array of styles. Newcomer Hall is a brick building of neoclassical design. The central, ionic colonnade is recessed and flanked by two wings; adornments such as plaques as well as windowsills and the water table are carved out of sandstone.

At the request of MCA Architecture, we performed analysis of six mortar samples collected from six separate exterior locations on Newcomer Hall. We were tasked with investigating samples of original or early mortar from exterior brick joints. The samples were processed and analyzed. Photo documentation, findings, and recommendations were provided to the customer in a report. Findings will be used to help inform the future rehabilitation of the historic structure including repointing. 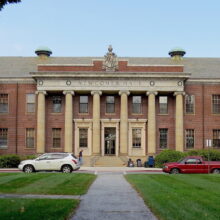 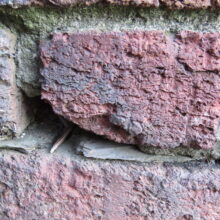 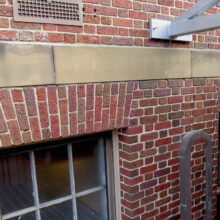 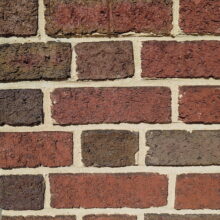