EverGreene artists designed and created new murals for the Lyric Theatre (previously known as the Foxwoods Theatre, the Hilton Theatre, and the Ford Center for the Performing Arts) in New York City. The theme of the murals, Creativity  Flies on the Wings of Inspiration is depicted with allegorical figures on the two opposite walls of the theater. 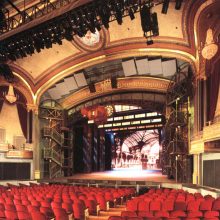 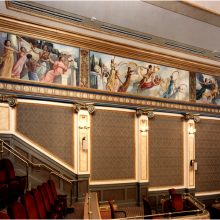 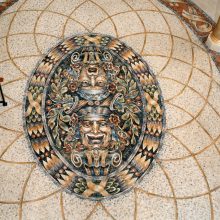 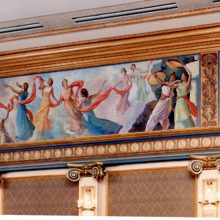 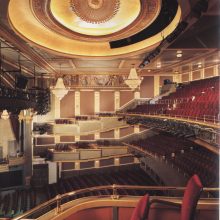