The Palace Theatre was originally a vaudeville house designed by Thomas Lamb. It opened in 1927 in Stamford, Connecticut. After falling into disrepair, the Palace was renovated and reopened in 1983 with 1,580 seats and a Broadway-sized stage.

EverGreene’s work with the Palace began when we restored the damaged plaster and decorative paint at the proscenium, sound booth, and mezzanine. The ornamental plaster had extensive water damage, which lead to large pieces of plaster ornament and molding deteriorating throughout the theater. After taking molds of the existing ornament, the new ornament was cast and installed on-site, then painted to match the original decoration.

Over the years, EverGreene has continues to work with the Palace, bringing it closer to its original glory with each project. 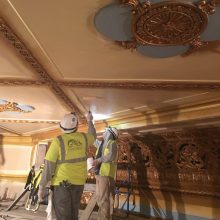 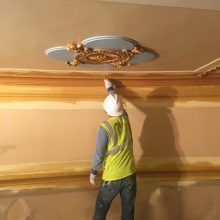 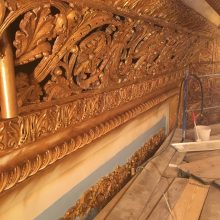