Designed by architect B. Marcus Priteca and opened in 1930, the magnificent Art Deco-style Hollywood Pantages Theatre was the last theater erected by the vaudeville impresario Alexander Pantages. In 1994, the Northridge Earthquake plagued the theater, badly damaging it.

EverGreene completed a massive renovation of the majestic 2,691-seat venue – the scope of the work included the restoration of historic ornamental plaster on the walls and lavish starburst-patterned ceiling, replication of the lost proscenium mural, based on archival photographs, as well as replication of the lost lobby mural, based on one of the existing pairs. Approximately 85,000 square feet of metal leafing (gold, silver, copper, and bronze) and glazing were applied to the ornate ceiling, sculptures, and grand lobby, and 1,800 gallons of paint for polychromy were used for the restoration and enhancement of the decorative painting scheme.

The Theater re-opened in September 2000, uncovering its Art Deco grandeur and receiving a Conservancy Preservation Award in 2001. 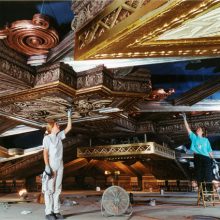 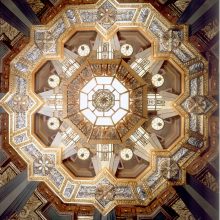 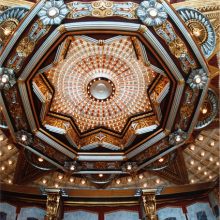 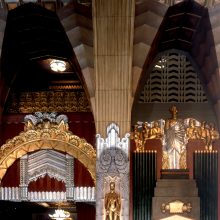 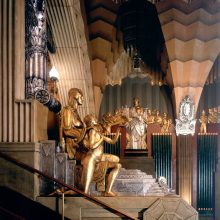 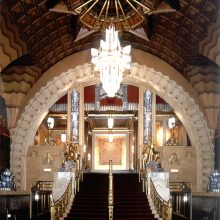 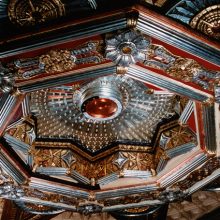 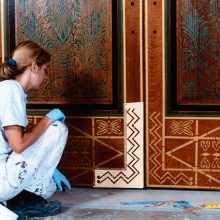 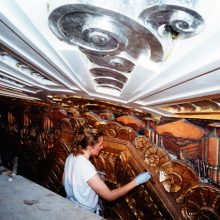 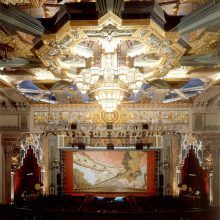