The Pantages Theatre in Tacoma, Washington opened in January 1918 and was designed by the architect B. Marcus Priteca. The theater was originally designed to mimic the opulence of the theater in the Palace of Versailles.

In the 1980’s, the ornate Pantages was restored and simplified. The loggia boxes, paint and other decoration were removed as the theater was re-purposed to fit a wide-cinema screen. In 2018, the theater underwent a significant renovation for its centennial. EverGreene was chosen to work with the General Contractor, Architect and Owner in a design-build capacity to restore the theater to its former glory. EverGreene began with a paint and plaster finishes investigation, which led to the discovery of the theater’s original decoration and subsequent periods. The results of our study informed the scope and budget for the rest of the project.

The established scope included sounding all plaster surfaces and assessing the soundness of all ornamentation, repairing and replacing broken plaster ornamentation as well as creating molds and casting new plaster ornaments for the broken pieces to match the historic original. For the painted ornament, EverGreene used paint decoration, including metallic paint, glazing and we of applied stenciling and hand-painted details as necessary, in order to reintroduce the historic motifs. EverGreene additionally re-instated the damask wall coverings. 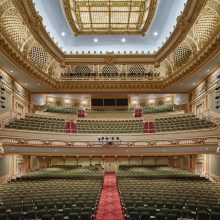 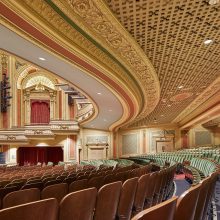 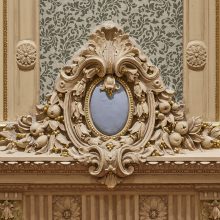 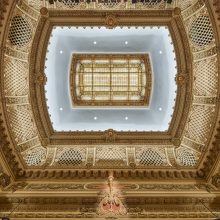 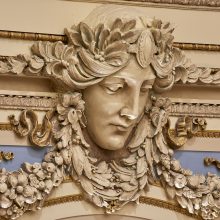 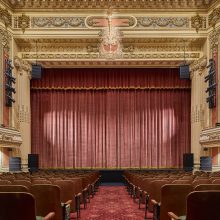 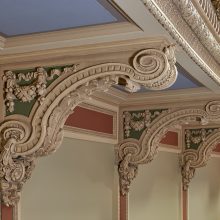 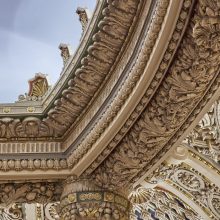 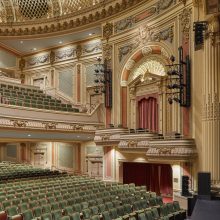 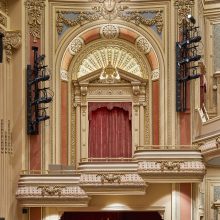 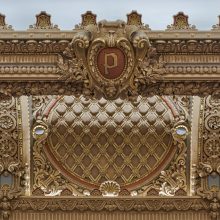 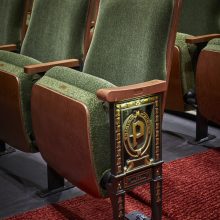 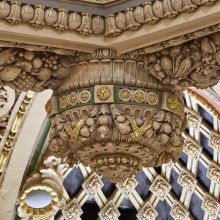