The Miami estate of industrialist James Deering included an extraordinary range of formal and scenic gardens created on 100 acres surrounding the mansion. In addition to an extensive collection of European antiquities, the garden was enlivened by works by contemporary American artists commissioned for the site. The sculptor Gaston Lachaise contributed two sculptures of peacocks for installation atop columns in the Marine Garden. These were carved in four pairs from local coral stone and installed atop columns abutting the garden’s central bridge.

The sculptures had been repeatedly damaged by the frequent hurricanes that plague the bayside location. All had been damaged and repaired at least once in the past. Half of the columns were dismantled and further damaged when the garden site was reduced in size prior to the creation of the museum. Previous inexpert repairs had masked the original elegant designs. The columns were poorly supported and any upcoming hurricane threatened catastrophic damage.

We were contracted by the museum to remove and salvage the remaining columns and sculptures. After erection of structural scaffolding, each sculpture and column was carefully removed from its column, hoisted, and transported to secure storage. After careful research, the intact remnants of the peacocks were molded and plaster replicas were created from the fragments. These plaster replicas will be used to create replacements when the garden columns are restored. 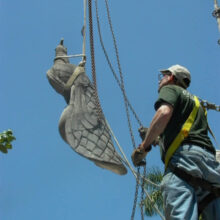 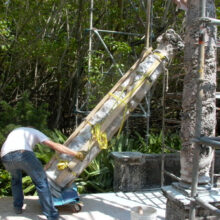 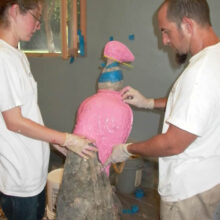 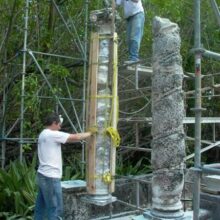 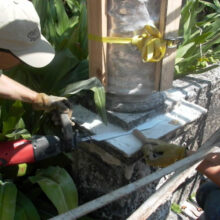 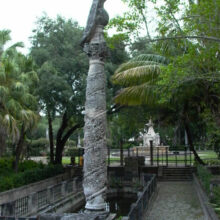 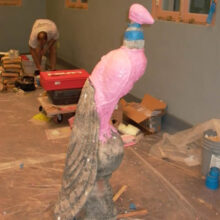