EverGreene conservators restored the masonry elements of the gazebo in Mable’s Rose Garden on the ground of The John & Mable Ringling Museum of Art. The gazebo, including the stonework and steel dome, suffered catastrophic damage during Hurricane Irma in September 2017.

The treatment included reconstructing and reinforcing the stone portions of the gazebo. The columns, lintels, and pedestals fell during the storm and the steel dome was knocked down and bent.  The elements were collected and preserved by the museum staff. EverGreene conservators then restored and re-constructed the damaged stonework. The iron dome was taken off-site, restored and repaired with a high performance coating.  After completion it was brought back to the site and reinstalled atop the masonry. 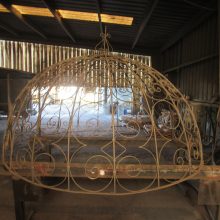 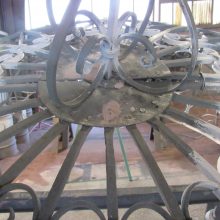 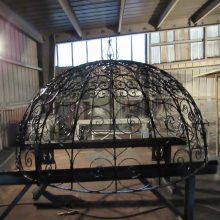