War and Peace by Luigi Persico were made of marble, and stood within niches on the east facade of the U.S. Capitol Building. The originals of War and Peace were carved between 1829-and 1834. In the 1950s the marble was found to have deteriorated. Molds were taken and these plaster replicas were cast to assist in the creation of new marble carvings for the Capitol’s extended east facade. In 1960, the new marble statues were placed in the niches of the East Central entrance, and these plaster replicas were placed on display in the Cannon House.

In 2015 EverGreene joined the team when the AOC started a multiphased renewal on the Cannon House. We removed these plasters from their exhibition site within the building, to conserve them while the Cannon Building was closed for restoration. Each was carefully rigged, crated, and transported to our D.C. studio for treatment. War and Peace were reinforced and provided with a secure armature. Their exteriors were cleaned and repainted.

In late 2016, it was discovered that the marble recreations of war and peace from 1960 had also deteriorated, and approval was given to move these plaster replicas to the niches long occupied by the very marbles they had helped create. Upon completion of treatment, these works were crated and transported to the U.S. Capitol for reinstallation. Peace and War were hoisted with a crane into the main entrance and installed in the niches in the Aquia Creek sandstone wall that was once the east face of the building. They are now located at the vestibule of the Rotunda, where the originals once stood. 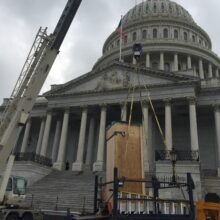 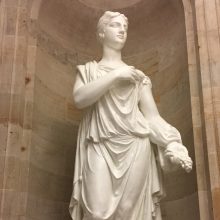 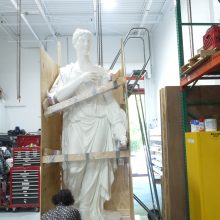 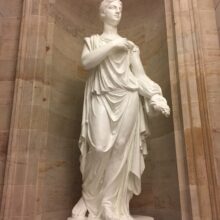 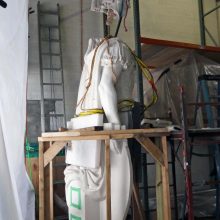 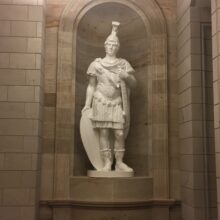