The President Harding’s house, also referred as the Harding Home, locates at 380 Mount Vernon Avenue in Marion, Ohio. Occupied by the 29th president of the United States, Warren G. Harding, from 1891 to 1921, the Harding Home is now a historic house museum which enlisted the U.S. National Register of Historic Places in 1966 and U.S. National Historic Landmark in 1965. The famous 3-month Front Porch Campaign that led to Harding’s success in the year of 1920 made the front porch an incredibly essential feature of the Harding Home and a significant testimony to the history.

The house was built with a conventional Victorian porch in 1891 and later added the current porch in 1903. Sometime before 1920, the wood floor of the new porch was again modified and gave birth to the concrete floor paved with tiles as seen today.

EverGreene conducted a cursory on-site investigation at the Harding Home’s front porch on March 8, 2019. The investigation included tile removal testing on both the original surface and previous repairs executed with fine tools, including ½” chisel, hammer, and 5 in 1. The removal tests were performed on two of the most pronounced cracks, mapped and indicated on Figure 3. Cleaning test was conducted with neutral bristle brush on an area closed to the crack. All investigated areas are mapped on the floor plan provided by the architect. 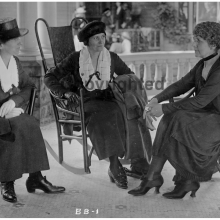 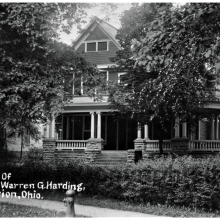 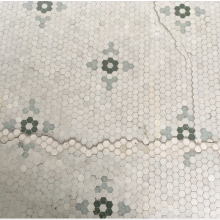