The 1860’s expansion of the U.S. Capitol building included many high style rooms and corridors in the Senate (north) wing that were beautifully covered overall with frescos and paintings by Constantino Brumidi and his assistants. A particularly significant one of these is the President’s Room, intended for use by the President of the United States when he needs to sign legislation and otherwise conduct business with the Congress. Abraham Lincoln was purported to have signed in the Emancipation Proclamation in this room.

The Architect of the Capitol convened a committee of experts to review the conditions of the domed plaster ceiling in 2017. A central section had fallen and been repaired in 1921 and later work on the ceiling and reports by paintings conservators starting in the 1990’s noted concerns about the stability of the remainder of the ceiling plaster. The committee was charged with reviewing the history and previous documentation, inspecting the usually difficult to access ceiling, and providing recommendations for immediate and long term actions to preserve the ceiling plaster. We acted as recording secretary under Quinn Evans Architects to record the sessions and provide a report on the committee’s findings and recommendations. 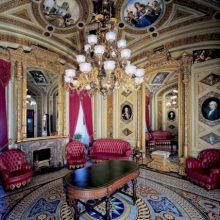 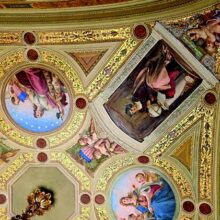 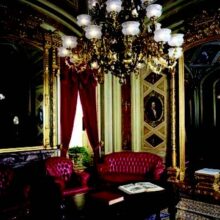