This historic government office building was designed by Jules Henri de Sibour in 1931 and built for the Public Health Service between 1931 and 1933. It is located at 1951 Constitution Avenue, Northwest, Washington, DC.

Over the years this building had a log number of tenants, including the Surgeon General, the newly created Joint Chiefs of Staff and the Combined Chiefs of Staff, he Atomic Energy Commission, the National Science Foundation, and the Department of the Interior. The Bureau of Indian Affairs moved into the building in 1968. In 1978 the building was renovated extensively and is currently occupied by the Bureau of Indian Affairs and the Office for Surface Mining.

Our team was contracted by Atkinson-Noland & Associates to obtain material probes for testing and analysis. Samples were taken from framing, concrete slab, joists, existing framing and basement slab. 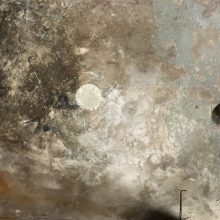 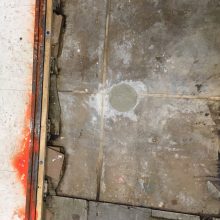 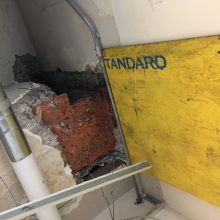