The Rose Garden Fountain is a reproduction of the original Boy with Goose fountain in the Palazzo Pitti in Florence, believed to be the work of Donatello. Purchased in 1908 for installation at Kykuit (The Rockefeller Estate), on a hill overlooking the Hudson River in Tarrytown, New York, the fountain is carved of white Italian Carrara marble to match the original. The central element consists of two basins supported on carved stems that catch water that sprays from the goose’s mouth.

These stones suffered from an endemic network cracking and some structural failures that have been found on other Carrara marble monuments in America from the same period. A pattern of fine cracks had formed in several blocks, literally fracturing the stone in a cubic network. In addition to this, structural cracks had formed on both basins. Prior repairs had aged and the marble required cleaning and stabilization.

We surveyed the fountain, prepared a series of treatment recommendations and performed the work. The fountain was disassembled at an old break, reinforced, and reassembled with the putto and goose statue facing in a corrected orientation. After a series of cleaning procedures, the fine cracks were filled with a custom color-matched grout. Old repairs were redone, the statue was consolidated, and a new 316L formed ring was installed within the lower basin to reinforce it. 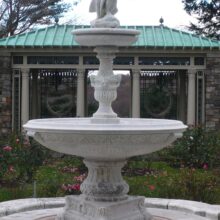 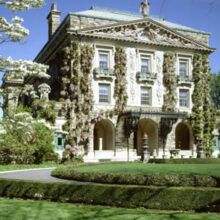 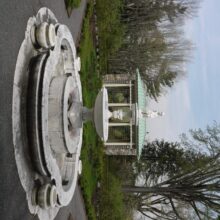 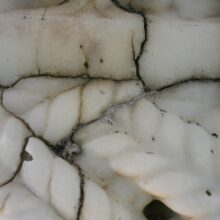 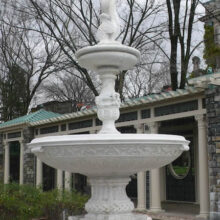 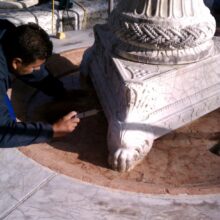 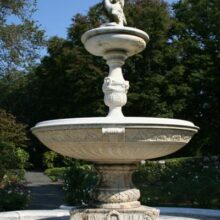