The plaques exhibited similar conditions including; areas of corrosion, uneven patina, coating failure, and two missing decorative bolt heads. The plaques were originally thought to have been treated with a wax coating; further investigation revealed that the plaques were coated with a degraded lacquer. The failed coatings were removed using a combination of solvent-based strippers and heated pressurized water. Loose corrosion products were removed by hand using small, detail brushes and nylon pads. Cold patina solutions were used to spot patinate areas of surface disruptions and to produce an overall even appearance. Repeated applications of patina solutions were applied as needed.

After detail cleaning and spot patination, the bronze plaques were coated in-place with a high performance outdoor-grade lacquer. To ensure even coverage, the lacquer was brush applied within the lettering and on decorative elements of the plaques. The plaques were then sprayed using a high volume low pressure air sprayer until an adequate coating thickness was achieved. 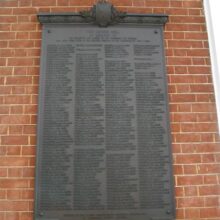 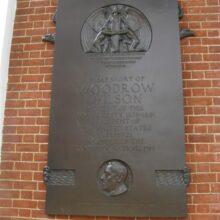 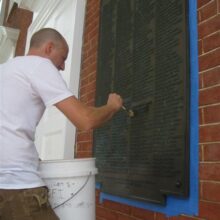 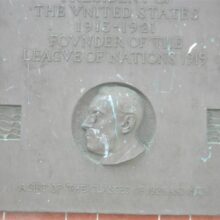