The 75mm Pack Howitzer proved its worth with the 1st Battalion, 10th Artillery in support of the Marines on Tarawa. Under the command of Lieutenant Colonel Presley Rixey, the 75mm Pack Howitzer fired 2,366 rounds at Japanese targets during the four-day fight for the Islet of Betio. Developed in the early 1920s by the U.S. Army and standardized in 1927 as the M1 pack howitzer, the weapon could be broken down into several components. Rear trail and axle, front trail, top sleigh and cradle, bottom sleigh and recoil mechanism, breech and wheels, and tube. The field gun is currently located outside on display in Santa Ana, California.

Evergreene Architectural Arts was contracted by Ocean County Parks to carry out the treatment and stabilization of a 75mm Pack Howitzer and a French 75mm field gun located in Santa Ana, California. The onsite treatment was completed by EverGreene between April 9 – May 3, 2019. The primary aim of treatment was to provide restoration and conservation by removing the existing coatings and corrosion, stabilize and repair deteriorated wooden wheels, and refinish with a suitable paint system. 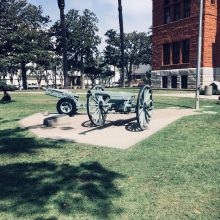 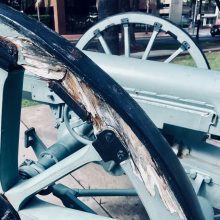 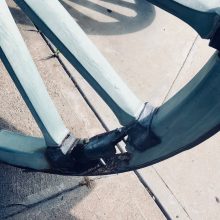 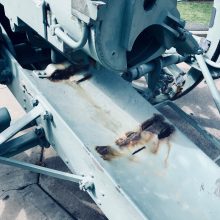 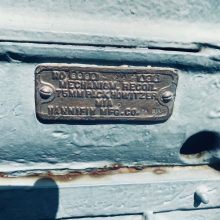 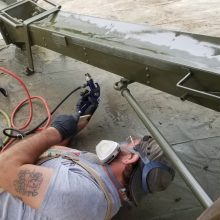 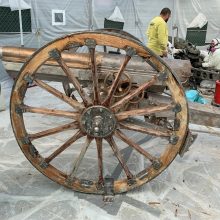 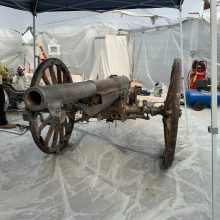 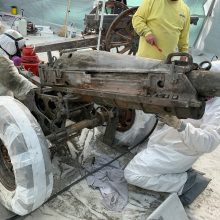