The Kennedy Space Center is NASA’s launch headquarters, and it is one of few places in the world where humans have launched into space. KSCVC is the public’s access to the space program, showcasing NASA’s commitment to space exploration and discovery. KSCVC is located at the end of SR 405, Kennedy Space Center, Florida.

The Saturn IB (pronounced “one B”) was the smaller, less-powerful forerunner to the Saturn V rocket that famously lofted the first astronauts to the moon. It was a Saturn IB rocket that launched Apollo 7, the first successful mission of NASA’s lunar landing program, with the United States’ first three-person crew to enter orbit together — Wally Schirra, Donn Eisele and Walt Cunningham — in October 1968.

The restoration of Saturn IB booster, which for decades has laid on its side, spanning the length of the Rocket Garden at NASA’s Kennedy Space Center Visitor Complex in Florida. The 220-foot-long (68-meter) artifact was never used, but briefly stood ready for a launch.

Our conservators worked with NASA to conduct the repairs, restoration and preservation. After careful inspection, trained experts began in the task of removal and replacement of the “S.IB Stage Beam”. It was the major component of the project, addressing areas of the: exterior and interior corrosion on all stages (SIB, Interstage, S-IVB,Instrument Unit, SM/CM/LES), treating rust on connector angles, removing and disposing of the SPS engine replica, removal/replacement of the steel ring at SM/SLA, and removal and stabilization of the J-2 Engine in S-IVB Stage. Our team provided NASA with a complete report of the repairs with detailed photographs, a list of materials, restoration/repair touch ups and a detailed assessment. 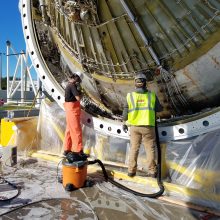 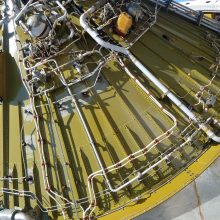 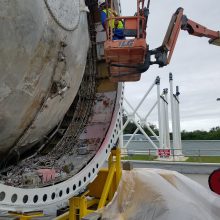 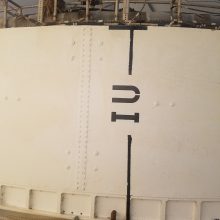 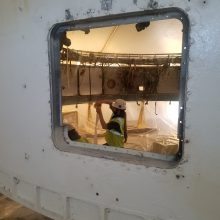 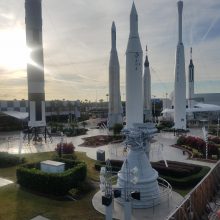 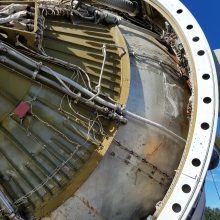 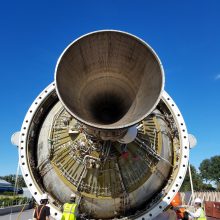 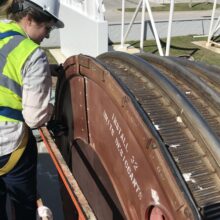 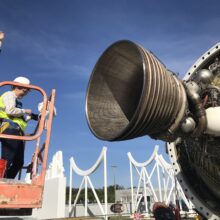 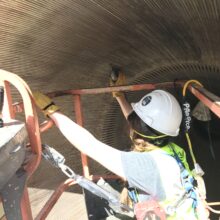