The Saturn V rocket at the Kennedy Space Center is one of only three moon rockets remaining in the United States. At 363 feet, the rocket consists of three stages, on display as the centerpiece of the Space Center’s 100,000-square-foot Apollo/Saturn V Center.

While the moon rocket had been relatively well-preserved in this environment-controlled facility, heavy dust and debris had slowly collected on the apparatus. Furthermore, corrosion had developed around the thrust chambers and extension nozzles of the engines. Finally, a significant structural fracture existed at one of two gimbal strut actuator attachment points (clevis). These struts collectively support the J-2 engine on S-II (second) stage of the craft.

Our conservators carried out the cleaning, mitigation of corrosion, and repair of the fractured clevis. Using aerial boom lifts to access the rocket, the team employed both wet and dry cleaning methods. Chloride residue, identified by Conservation Solutions during their earlier assessment, necessitated the use of a vapor phase corrosion inhibitor at the sites of corrosion. The stabilization of the clevis was achieved with the addition of two steel plates to immobilize it. 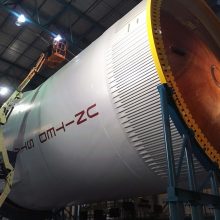 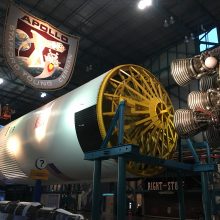 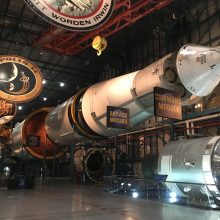 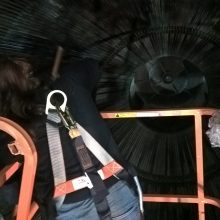 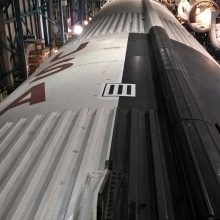 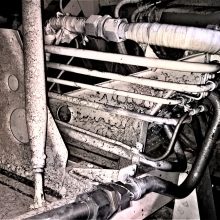 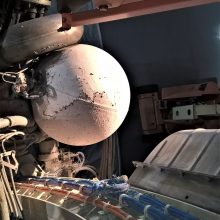 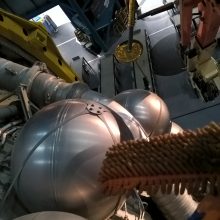 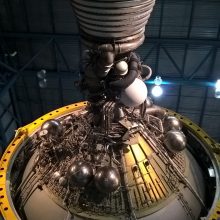 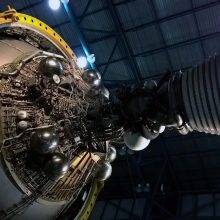