Skylab was America’s first orbital space station. Launched in 1973, the 100-ton module featured quarters both for living and scientific research, and demonstrated the ability of astronauts to safely perform research in space for extended periods of time. The flight-ready module was mirrored by an identical unit located at the nearby Marshall Space Flight Center (MSFC). Designed for training purposes, this MSFC module was used to help identify and solve the problems associated with Skylab’s near disastrous test launch, resulting in what was ultimately a highly successful space program.

The MSFC Skylab is currently disassembled into several large pieces, which are located on the grounds of the US Space and Rocket Center (USSRC). Idle since the 1970’s, the center intends to conserve the Skylab and exhibit it in the atrium of the USSRC’s main museum. In 2008, we were contracted to perform an assessment of Skylab.

The goal of the assessment was to determine the extent of deterioration, develop a plan for its conservation, and to provide the client with an accurate budgetary cost estimate for the work. On-site investigation found the components in varying conditions, ranging from poor to good. Significant damage was largely staved off as elements were constructed of heavier-gauge materials than their flight-ready counterparts. However, despite protective shrink wrap, moisture had infiltrated most components. The ensuing thermal and moisture fluctuations degraded sensitive materials of foam-backed canvas insulation, Mylar and wood. Due to the modern materials and significance of the artifact, conservators designed a treatment plan promoting selective intervention and maximizing stabilization and preservation of Skylab suitable for a museum-quality environment. 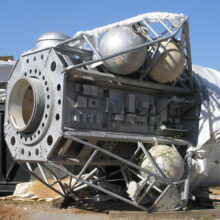 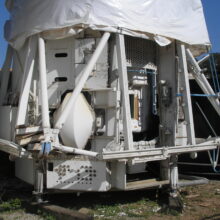 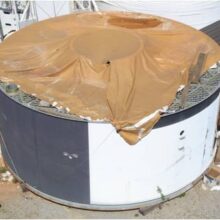 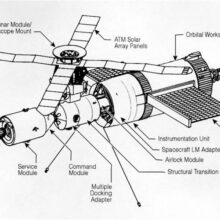