A bronze bell from 1811 that was used at its original site in lower Manhattan was returned to the Saint James Church for display at its current location on Madison Avenue, New York City. Cast in bronze in England, the bell had been sent to adorn a sister church in the Bronx, New York around 1960. At that time, the crown was cut off, the original clapper was replaced with an electric ringer, and the bronze was plated with a nickel or silver wash.

The church engaged us to restore the bell by removing the electric works and re-creating the missing crown. This was cast in bronze, fitted to the cleaned bell, and plated to match the appearance of the historic original. After it was attached mechanically and with adhesives, the bell was lightly patinated and coated with wax before being returned to the church. It is now on display within a chapel in this historic site. 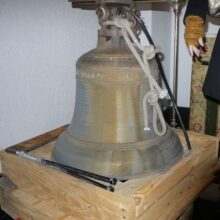 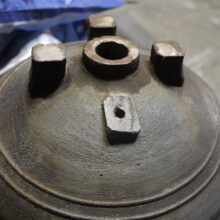 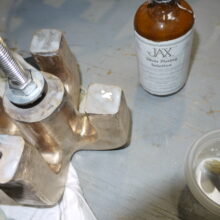 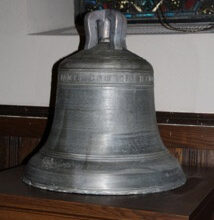