After the feast day of their patron saint in 1992, construction began for the St. Vincent de Paul Catholic Church in Omaha, Nebraska. The church incorporates architectural designs from 17th and 18th century France and has three separate Chapels in addition to the main worship area. It was dedicated on February 6th, 1998.

EverGreene was tasked with introducing a new Last Supper Mural to the parish hall at St. Vincent de Paul. In the first step of the project, the design phase, we produced black and white sketches as well as color renderings to be presented in a design book. Using the church’s vision of the mural and the specific colorization and style of the Last Supper image provided by the committee, we developed the layout, style, and color of the mural and prepared designs that incorporated the outer areas of the pediment, with consideration of the expansion joints. Once the design was finalized, we painted the mural on canvas in our Brooklyn studio. Our artisans then installed the artwork directly onto the wall onsite using a non-shrinking, clay-based adhesive. 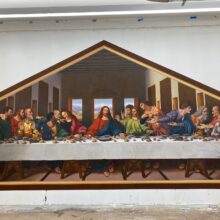 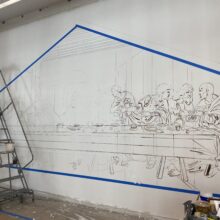 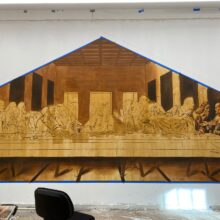 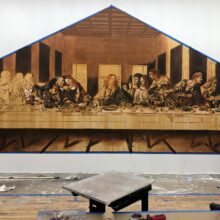 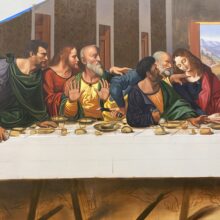 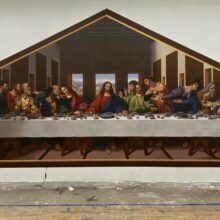 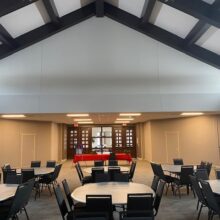 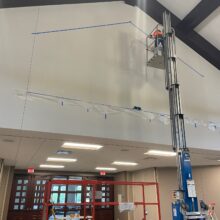 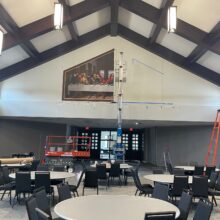 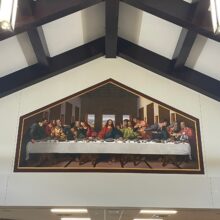