Constructed in 1878, St. Wenceslaus Catholic Church has served the Catholic community in the Lincoln Diocese for over 140 years. Immigrants from the Czech Republic founded the parish as the small but growing Catholic community in Wahoo yearned to celebrate the mass. They named their parish after St. Wenceslaus because the Catholic Church recognizes him as the Patron Saint of Bohemia. A series of renovations and rebuilds were completed over the decades, eventually resulting in an architectural style indicative of the years after the Second Vatican Council. The church had lost its altar and historic artwork.

Having completed multiple projects in the Lincoln Diocese at St. Thomas Aquinas Catholic Student Center, St. Patrick’s in Lincoln, and St. Mary’s in David City, EverGreene worked closely with St. Wenceslaus parish to develop designs specific to their historic architecture and cultural roots. An image of God the Father was painted at the altar’s center, with several Czech saints encircling the mural. Since the community is historically Czech, the parish wanted to exhibit saints who share their cultural heritage.

EverGreene artisans designed and created the religious artwork in our Brooklyn studio. Repeating elements in the diaper pattern were hand-painted, photographed, and printed on canvas. Completed artwork was installed onsite by EverGreene craftsmen using non-shrinking, clay-based adhesive and touched up onsite to seamlessly integrate it into the architecture. Mid-way through EverGreene’s design phase, a donor was inspired to fund the replication and reinstatement of the historic high altar. We adjusted our designs for the new sightlines. The renovation of this parish speaks to the power of beauty to preserve culture and community, an initiative that Bishop James Conley, who oversees the Diocese of Lincoln, champions. 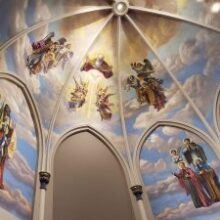 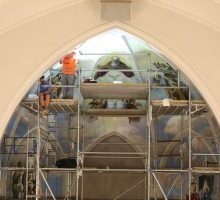 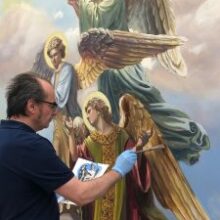 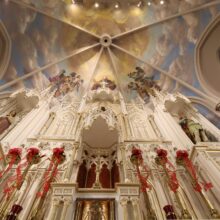 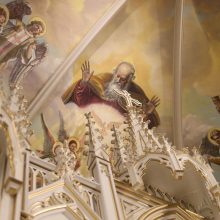 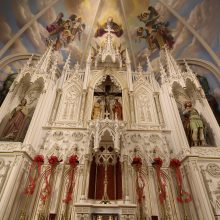 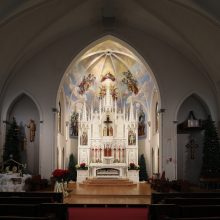 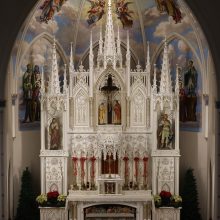 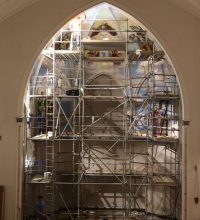 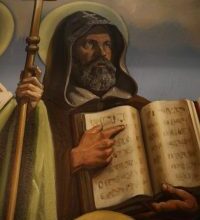 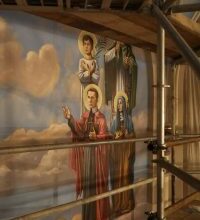 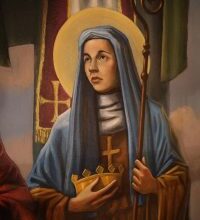 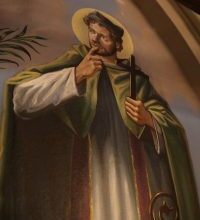 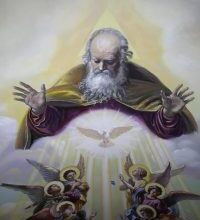