Founded in 1930 by Harvey Firestone and designed in the Mediterranean Revival style by architect Russell Pancoast, the Surf Club was a major center of entertainment and influence in coastal Florida. After falling into decline in the 1970s, the Surf Club was renovated and restored as part of a major redevelopment led by Richard Meier & Partners that constructed a new Four Seasons Hotel and numerous private residences on-site.

EverGreene restored the historic mural and plasterwork in the Crystal Room and conducted a historic finishes investigation in the La Sireneuse restaurant, Peacock Alley, and Ladies’ Lounge, where our conservators created exposure windows, removing decades of overpaint to reveal intricate decorative finishes underneath. Once the historically accurate colors of the original palette were determined, EverGreene conservators developed a comprehensive treatment plan.

EverGreene carefully removed Denman Fink’s historic mural, The Vintage, from the Crystal Room to protect it during the expansion and renovation of the building. The mural was shipped to a lead-containment chamber, created within the EverGreene studio, where conservation technicians removed the lead adhesive that secured the mural to the wall and patched damaged canvas. Once the lead was removed and the canvas was repaired, our conservators inpainted areas of damage and loss, restoring the mural to its original beauty.

In addition to the mural, the Crystal Room featured a latticework ceiling with plaster rosettes in recessed coffers. EverGreene conservators removed the historic ornament and overpaint, discovering, by a stroke of luck, two rosettes that had never been painted over and still displayed the original color. This extraordinary find provided the conservators with a fantastic model to refer to when restoring the remaining ornamental elements in the Crystal Room. 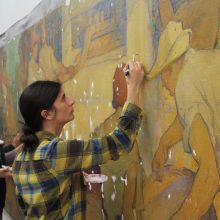 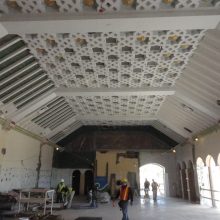 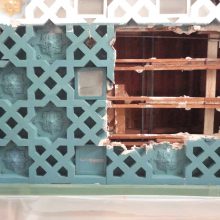 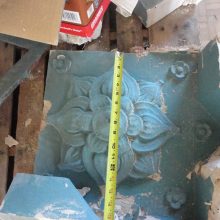 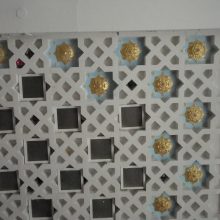 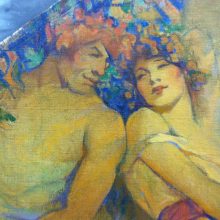 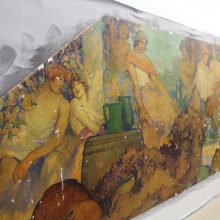 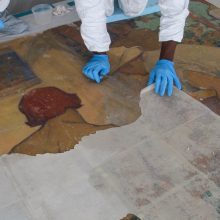 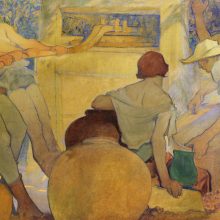