The Plaza opened its doors on October 1, 1907, with talk of it being the greatest hotel in the world. The Plaza Hotel has surpassed expectations, being featured in countless movies, and attracting famous guests, becoming a New York City icon. Located at Fifth Avenue and Central Park South, from its original 19th century construction to its magnificent $450 million dollar restoration in 2008, the hotel has had a remarkable history. Bernhard Beinecke, Fred Sterry, and Harry S. Black, President of the Fuller Construction Company, purchased a 15-year-old hotel of the same name on the site, with the intent of replacing it with a 19-story building (a skyscraper back then), at a cost of $12 million in the style of a late medieval French hunting chateau, a triumph of architect Henry Janeway Hardenbergh.

As part of the overall renovations in 2007-08, EverGreene performed an extensive interior renovation of public spaces, including the Terrace Room, the Ballroom, the Palm Court, the Oak Bar, the Hotel, and Residential Lobbies, and more. This renovation modified the use of the Plaza to include high-end condominium residential units. EverGreene has met the challenges of decades of deterioration, fulfilling the mandate of restoration to the original design intent with limited modifications for contemporary use. Selected by the construction manager and owner of the Plaza, restoration of the interior finishes of the historic landmarked spaces were completed. Work began with mockups of treatments for Caen stone, plaster, decorative painting, wood doors, stone, ornamental metal, and mosaic floors. It was prepared for review by the client team, the preservation architect, and the NYC Landmarks Preservation Commission. EverGreene supplied more than 30 skilled craftsmen on the site for six months during this fast-track, large-scale project. 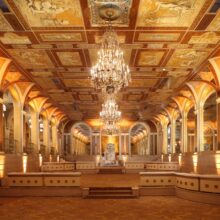 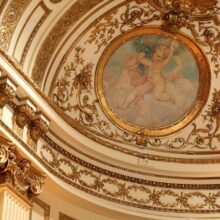 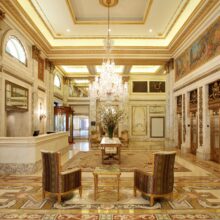 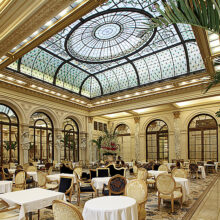 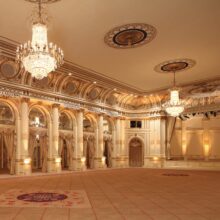 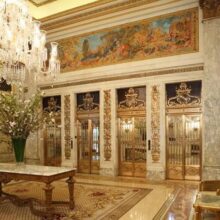 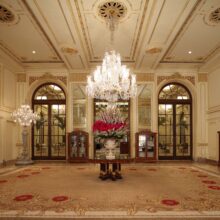 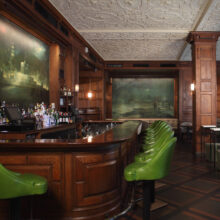 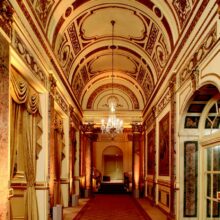 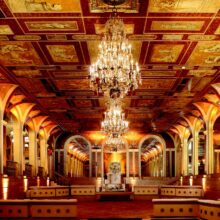 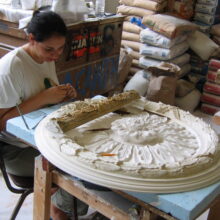 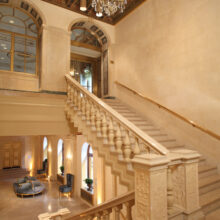 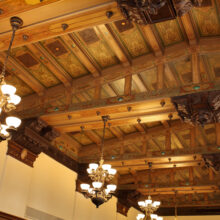 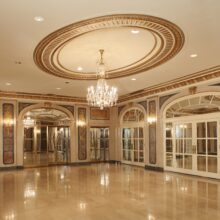 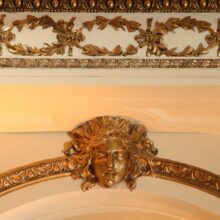 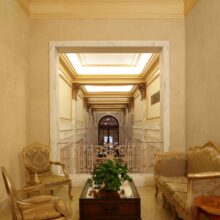 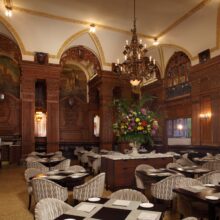 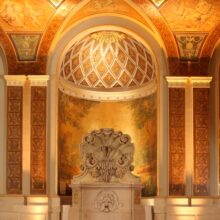