The Thomaston Opera House was built in 1884 in a Romanesque architectural style and is used as both a performance venue and the town hall of Thomaston, Connecticut. The opera house faced threats of demolition on a few occasions, but its captivating charm inspired the people of Thomaston to fight for its restoration. They adore its authenticity; it stays true to the original construction and feels like a piece of the town’s history.

The Thomaston Opera House needed a number of repairs to the interior of its structure, including a damaged mural of an eagle on the back wall of the theatre. EverGreene performed a condition assessment and laid out two options for the owners: conserve the existing eagle by consolidating the damaged plaster substrate and infilling the missing areas or stabilizing the plaster and replicating the eagle on canvas for installation on top of the original. The client chose to have the eagle replicated on canvas and elected to have plaster repair, carpentry, and decorative painting work completed as well. 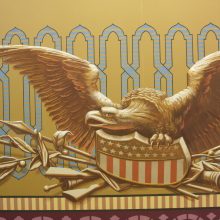 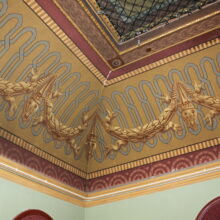 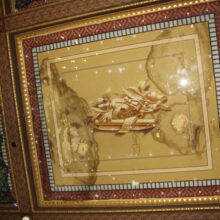 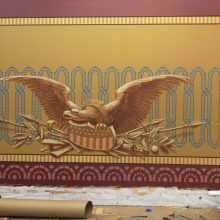 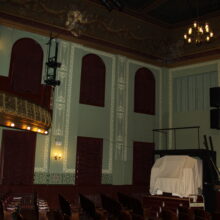 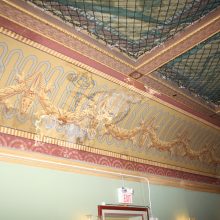 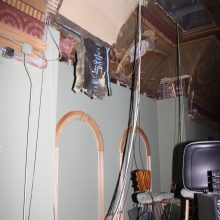 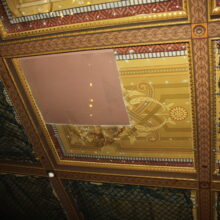