The U.S. Holocaust Memorial Museum opened in April 1993 in Washington, DC. In recent years certain areas of the limestone cladding of the museum began exhibiting substantial deterioration. Stone panels were losing surface and substantially eroding in unexpected locations where the cause was not obvious to determine. Studies focused on understanding the movement of moisture and air within and around the cladding, back up and around the wall and interior as well as possible remediation of the stone itself.

Our conservators were contracted to conduct testing on the limestone panels. The testing would determine if the panels could be restored once the root causes driving the deterioration were remedied. The tests included limestone consolidation, water repellent coatings, patching and resurfacing. Sample panels were prepared and subjected to accelerated weathering, monitoring, and laboratory analysis. Patching and resurfacing treatment were mocked up and observed over an extended period. The findings were documented and included in a testing report that was incorporated in the Architect’s recommendations to the client.

The museum then installed moisture monitors to study the conditions within the cavity wall that we identified as the likely source of the deterioration. We worked with the Architect to ensure continued operation of these monitors and to ensure that they could understand the effects of proposed changes to the ventilation of this space that was planned based on the study. 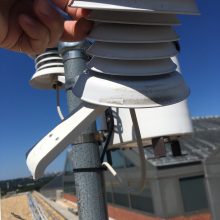 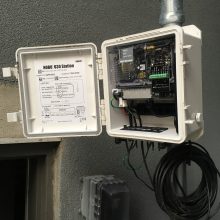 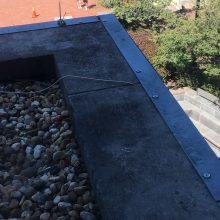 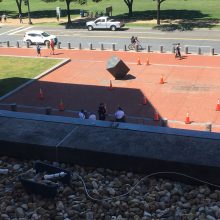