The Preservation of the Union Monument is a grand, 40-foot granite obelisk that was erected in 1894. Sponsored by a private donor, the monument was dedicated to Union veterans who died in the New York State Soldiers’ and Sailors’ Home. Two bronze plaques and a bronze medallion are mounted to the base.

We treated the Preservation of the Union Monument as part of a large, multi-monument contract with the National Cemetery Administration. The restoration included complete repointing of the monument. Failed and missing mortar was carefully replaced between each ashlar block of the shaft and plinth. Black soiling and white crusts had accumulated on the monument, particularly around joints. These were greatly reduced through aqueous cleaning and mechanical removal. The three bronzes were treated as well. They had previously been painted with brown paint to cover unevenness and corrosion. After all inappropriate surface coatings had been removed, the bronzes were properly re-patinated and coated with a protective lacquer. 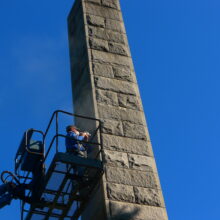 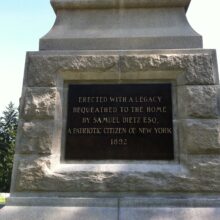 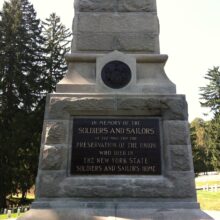 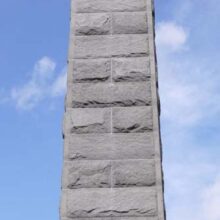 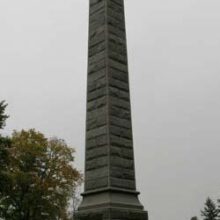