EverGreene restored the original ornamental plaster ceilings and decorative finishes in the Old Dallas City Hall as a part of its adaptive reuse as the future College of Law Building for the University of North Texas-Dallas (UNT.) Our conservators performed a historic finishes investigation to determine any historic schemes and paint colors. Our restoration team took that information and proceeded to restore the historic plaster and finishes. Any damaged plaster was repaired or replicated as needed. The historic finishes were painted, stenciled, glazed, and gilded where applicable.

The conservators also worked to conserve and restore the remnants of a 1933 WPA mural, the majority of which was removed or damaged when a door was previously added in its place. The mural was significantly deteriorated; it required all flaking paint to be re-adhered to the substrate with a layer of varnish applied to protect it from the plaster fill that was introduced around it. It is the only remaining fragment out of a series of WPA murals by Jerry Bywaters and Alexandre Hogue that describes the history of Dallas.

The Old Dallas City Hall, designed by C.D. Hill, was completed in 1914. The Beaux Arts building was constructed as the fourth City Hall in the city’s history and housed municipal courtrooms, the police department, city council chambers, offices of the mayor, jail, and all other municipal offices, in addition to a municipal auditorium. Changes were made to the building in 1924, 1933 (when 10 murals depicting the founding and development of Dallas were installed), 1940, and 1944.

In 1956, a five-story, modern-design annex named “The Municipal Building” was completed at the east side of City Hall (newly dubbed the Old Municipal Building) to provide additional offices for city departments. As part of the 1956 modernization, significant alterations were made to the City Hall interior spaces, which effectively covered or removed the original ornamentation. The Old City Hall gained notoriety in 1963 as the location of Lee Harvey Oswald’s detention, questioning, and murder following the assassination of President John F. Kennedy. Dallas’ fifth City Hall, designed by I.M. Pei, was completed in 1978, at which time many city departments were relocated. In 2006, the Old City Hall was named to the National Register of Historic Places as a contributing building to the Dallas Downtown Historic District; an amendment was submitted in 2013 to recognize the building’s national significance in association with Kennedy’s assassination. 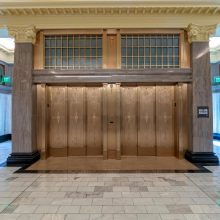 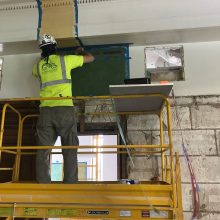 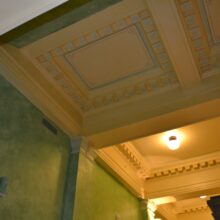 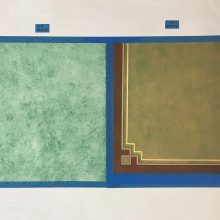 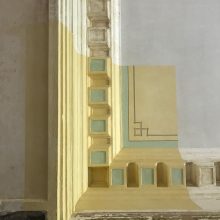 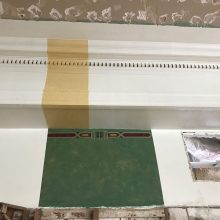 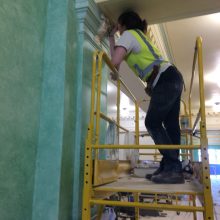 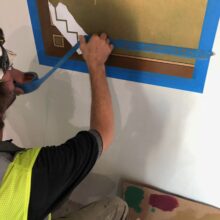 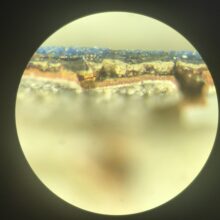 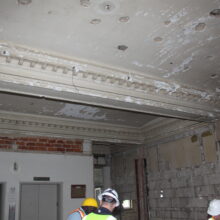 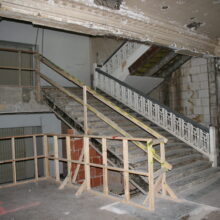 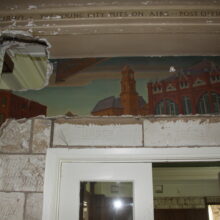 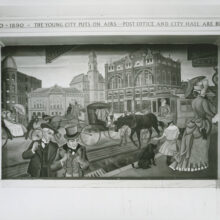