Designed by McKim, Mead and White in 1894 and completed in 1898, Cullum Hall serves as one of the Alumni buildings on the West Point Campus. EverGreene was responsible for creating and applying the interior finishes and restoring the scagliola at the base of the statues. The architectural metallic finishes on the ceiling and columns were aluminum leaf and bronzed powders to simulate the patina of the real bronze plaques and cannons along the walls, which were also restored. The ceiling and lettering on the upper perimeter of the walls were in-painted for a renewed look. 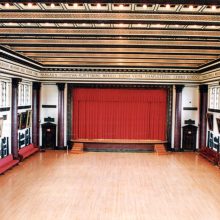 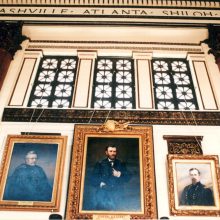 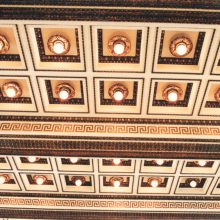