We treated four over life-sized Italian Baroque stone sculptures at the Delbarton School in New Jersey. Installed at the Luther Kountz country estate in the late 19th century, they are attributed to Giovanni Marchiori, active in the Veneto in the mid-eighteenth century. Carved from Vicenza stone, they were installed with other classical-themed works throughout the Italianate gardens before its conversion to first a monastery before its current use as a school.

The sculptures had accumulated significant and disfiguring soiling and biological growth from their exposure to the outdoor environment. Cracks and minor losses, as were specific areas of deep loss, and structural and/or aesthetic failure of previous repairs were endemic. We cleaned and conserved the sculptures in 2011. General and detail cleaning were performed to remove the soiling and bio-growth. Failed previous repairs were removed or reworked. Friable stone was consolidated through the use of a slurry coat, larger fragments were reattached, and elements that required additional internal support were pinned using the appropriate system. Significant losses – those on skyward-facing surfaces that could become water catch-points and voids from pinning campaigns – were selected for patching with sympathetic color-matched mortar. Conservators also injected cracks and repointed the joints of the plinth. 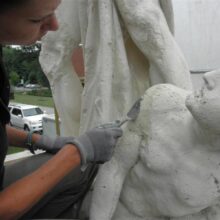 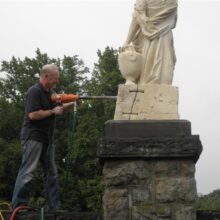 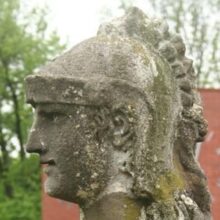 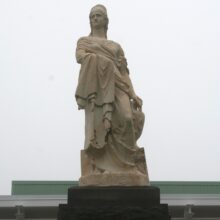 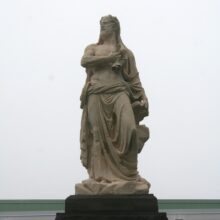