As the centerpiece of the restoration of the park located at 55 Water Street, New York, NY, the 1985 New York Vietnam Veteran’s Memorial was restored in 2000. The moving monument, which consists of an internally lit glass block wall etched with fragments of letters home from soldiers, required restoration to undo damages and improve the effectiveness of the original design. Several glass blocks had been broken or damaged, the original caulking had failed and become soiled with bio-growth, a glass roof pane was missing, and damages had occurred to the stone base and opening surrounds. In addition, the lighting system never functioned properly due to the internal back-up wall not being painted the correct color.

Our conservators researched and specified the means of restoring the memorial. Methods for repairing the blocks, caulking roof pane, stone, and door hardware were all developed. Alternatives to the lighting and back-up wall were developed, as well as assistance in detailing the planned restoration of the site. After approval by the city’s Art Commission, the work occurred in time for the rededication of the monument in 2001. 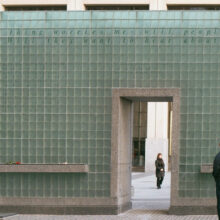 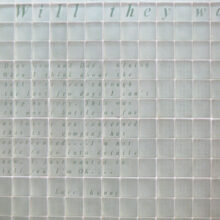 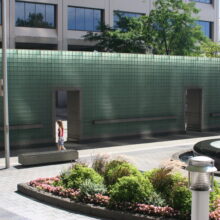