Built in 1927, the iconic Alabama Theatre in Birmingham, Alabama was the largest venue in the Birmingham theater district, with seating for 2,500 people. It was originally built as a movie palace by the Paramount-Publix Corporation.  It was listed on the U.S. National Register of Historic Places in 1979 and the Alabama Register of Landmarks and Heritage in 1977.

In 1998, Alabama sought out EverGreene’s help for a major, eight-month-long restoration. The scope of work included the conservation of historic plasterwork, decorative painting, and scagliola.

Our craftspeople performed extensive cleaning, removed the non‐original coating from marezzo scagliola columns, repaired and polished the surfaces to the original finish. EverGreene additionally repaired the decorative plaster, conserved original finishes, and restored damaged decorative painting including stenciling, glazing, and gilding. Our staff did this all while the theatre remained open and operational.

Having been granted its remarkable historic appearance, one of Birmingham’s most remarkable landmarks hosts over 150 events each year attended by 150,000 Birmingham area citizens. 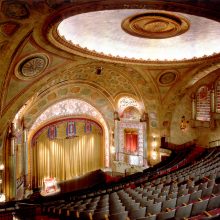 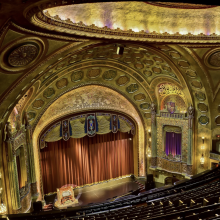 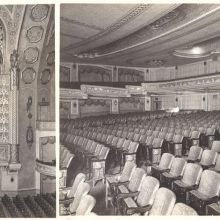